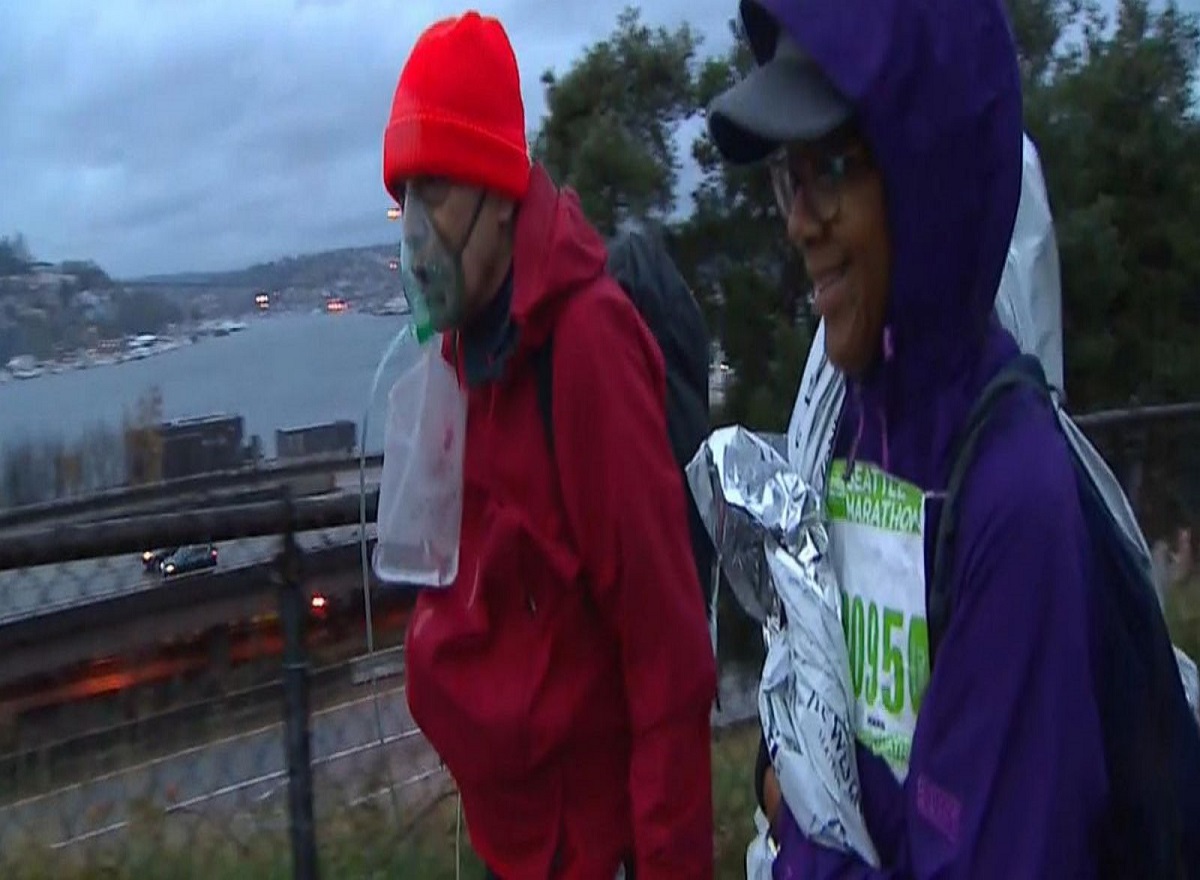 If you were to ask five of your closes friends why they haven’t achieved their dreams, there’s a good chance they would come up with at least two or three excuses for why they haven’t and none of their excuses would be the real reason. It’s actually pretty common for people to make excuses for why they didn’t do what they said they were going to do. However, there is so much more we could accomplish if we strived to overcome the obstacles in our path instead of submitting to them.

Evans Wilson is one person that decided not to allow an obstacle to be his excuse, but to use it as an opportunity for advancement. Wilson is a 62yr old man who has been living with terminal lung disease for five years and has been told that the median survival times is about three years. Wilson has been doing more than surviving; he’s been thriving. He recently competed in a Seattle Marathon in which he walked the entire 26.2-mile race with his oxygen tank in hand. Wilson is a former competitive runner, but stated that he didn’t complete the marathon for competition sake or for fun. He completed the race in an effort to raise $50,000 for the Pulmonary Fibrosis Foundation. His doctors even advised him not to compete in the race, but Wilson did it anyway. He devoted himself to something bigger than him and every step he took during the 11 hour race was a step towards solidifying the fact that we can overcome our obstacles.

Wilson’s marathon wasn’t over in 10 sec or 1 hour. It took him 11hrs to complete his race. Life too is a marathon. We must stop viewing our goals and dreams as sprints and see them for what they are; marathons. I’m sure that there was an occasion or two during the marathon that Wilson became uncomfortable and perhaps his body told him to stop. Wilson however continued along the journey to completing what he started. At some point during the marathon he became comfortable being uncomfortable and that’s why he was able to finish the race.

I’m not asking you to go out and finish a marathon. I’m asking you to finish what you started. Imagine where you would be in your life right now if you finished half of the things you started. Starting something is not the victory. Merely starting something is the average standard. We must learn to finish what we start because nothing changes if nothing’s finished. No-one forced your goals on you. You picked your goals and it’s your job to press through until you accomplish what you set out to accomplish. Don’t set small goals. Set big goals and finish them with determination, dedication, desire and discipline. What’s really stopping you . . . You. Get out of your own way and finish your race today.