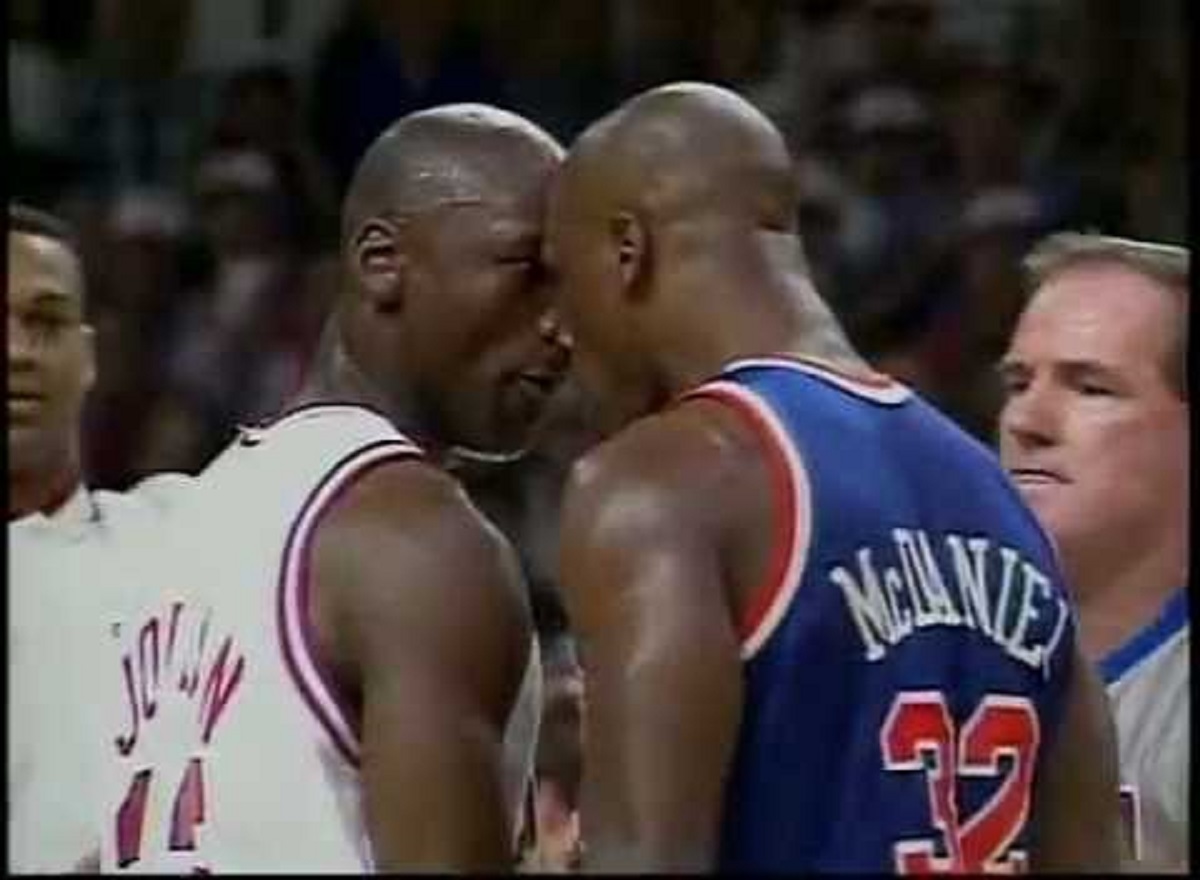 Trash talking has been around for as long as I can remember. It has been described as insulting or boastful conversation with someone in an attempt to intimidate or humiliate them. Trash talking typically occurs in sports and it’s actually encouraged to a certain level. A lot of athletes’ learn to trash talk while playing in their neighborhood and it carries over to organized sports. Football and basketball are two of the major sports in America and trash talking is rampant. It is however a little more visible in basketball because the athlete’s’ don’t wear helmets.

There is trash talking in men’s and women’s basketball, but it is more acceptable in men’s basketball than it is in women’s. Many people frown on female athletes’ talking trash because they view it as unladylike. I can vividly remember the storyline of one of my favorite movies called Love and Basketball. Sanaa Lathan played the main actress in the movie and was a great high school basketball player. There was one basketball game she was playing in when she glared at another player after making a great play and the ref gave her a technical foul. She was furious especially since she had just watched her best friend play in a basketball game the other day and he engaged in trash talking to a much higher magnitude and was never punished for it. She had a difficult time understanding how it could be acceptable for him and not her. Why is it that she was expected to act like a lady and he wasn’t required to act like a gentleman?

Many people would argue that it’s no big deal because it’s only happening when they’re playing sports. That couldn’t be further from the truth. I played sports throughout my entire life and there’s a lot of time and effort that goes into preparing for your respective sport and it’s very difficult to stop your mindset in competition from carrying over to your day to day life. Perhaps part of the problem we’re having with male athletes’ is that they’re not being held to a high enough standard on and off the court. Don’t get me wrong, the answer to the problem of athletes’ and violence is a lot bigger than trash talking and acting like a gentleman. It is however a good starting point. It starts with our youth and it starts with the coaches and parents holding the athletes’ to a higher standard. Star athletes’ are of special concern because they often get treated with more privilege than the rest.

Maybe we have forgotten the age old axiom, ”to whom much is given, much is required.” Instead of being given more privileges, star athletes should be held to an even higher standard. They must be held to a higher standard because so many other players and fans are looking up to them to be the example. If the leader isn’t leading right, the followers won’t act right.

The most important leader in sports however is the coach and not the star athlete. The star athlete is often the face of the team, but the coach is the one who establishes the foundation. Our sports teams are getting caught in scandal after scandal because the foundation is weak. Now, I’m not saying that the coaches of these players are bad. As a matter of fact, the collegiate coaches get the athletes’ after their character has been molded. The foundation needs to be set and made firm at the youth sports level. It’s not enough to teach our youth how to run, jump, kick, swing and shoot. We need to teach them how to carry their selves in and out of competition. I’m not here to tell you that trash talking is right or wrong. We do however need to help our athletes’ establish balance when it comes to their competitive nature. Not only are our athletes’ out of balance, but the lines have been blurred. It’s time for us to draw a line in the dirt between right and wrong and never move it.