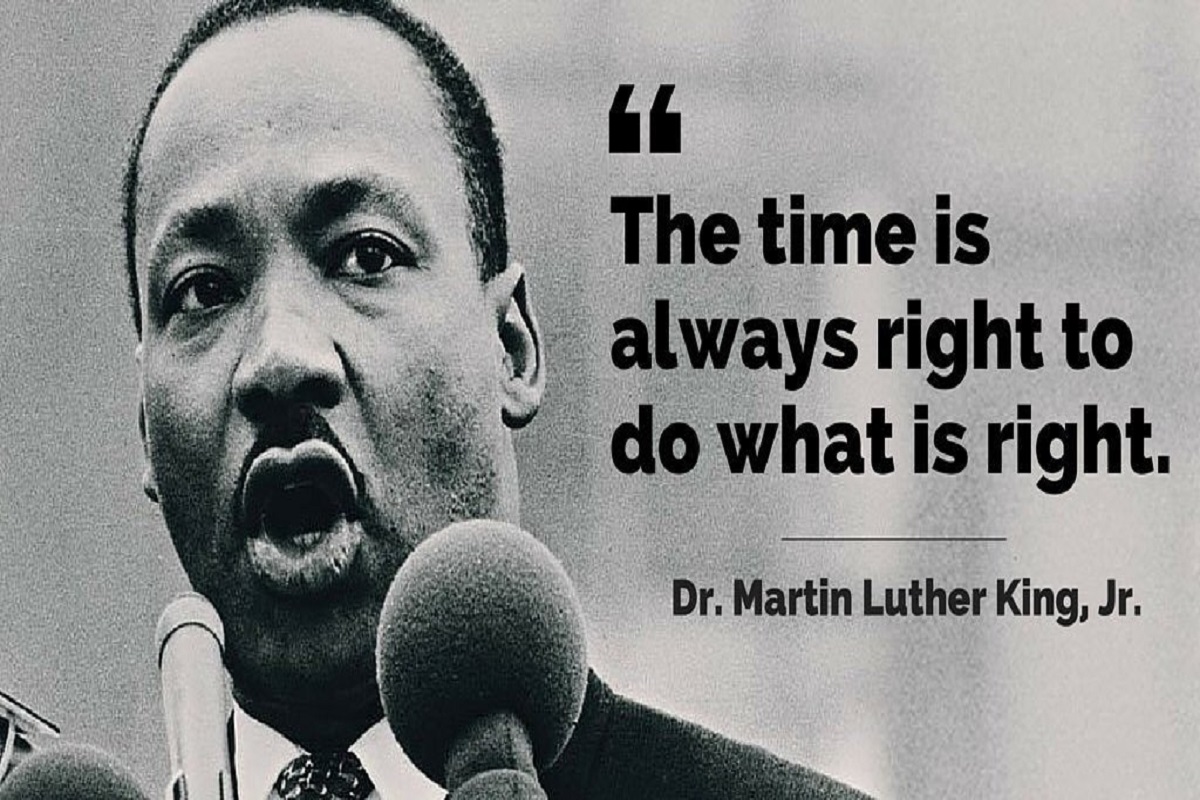 Many years ago, Dr. Martin Luther King Jr. said, “It’s always the right time to do the right thing.” Those powerful words still ring true today. There was a lot of turmoil going on during the time when Dr. King said those words and I can say we’ve come a long way as a Country since then. We however still have a long way to go in terms of doing the right thing. Perhaps the biggest problem I’ve noticed over the years is that our society, especially our athletes’ lacks the ability to identify what the right thing is.

You can turn on ESPN on any given day and hear about yet another athlete in trouble with the law in some form or fashion. It’s not that these athletes’ have never been taught right from wrong; rather it’s that they have been allowed to live a life where the line between right and wrong is blurred. Unfortunately, many superstar athletes’ are given a pass on their negative behavior because of their exceptional athletic ability. What makes matters worse is that they are given passes at a very young age and grow into adults who expect to receive the same passes that were given in High School and College. There are some athletes’ who lose their special treatment in college and then there are some who lose it when they start their professional careers. It’s never too late to teach our athletes’ how to do the right thing, but it’s much better if we begin teaching them at a young age. The majority of everything we do is the result of habits that we’ve developed over the years.

Dallas Cowboys Rookie Quarterback Dak Prescott is one athlete that has impressed me with his character just as much as his athletic ability. Prescott’s team loss to the Green Bay Packers yesterday in his first playoff game. He played a great game and came just 3 points shy of moving on to the next round of the playoffs. What’s more impressive is a video of Prescott on the sideline during a regular season game. Prescott was sitting on the bench when he tried to throw his empty cup into the trash and missed. Once he realized he missed, he picked the cup off the ground and threw it into the trash. He didn’t wait for a trainer or someone else to pick up his trash. He decided that the right thing to do was to pick up his own trash and properly dispose of it. The incident happened so quickly that I doubt he had time to consider who was and wasn’t watching him. His action was a result of a good habit of doing the right thing.

One sports writer asked whether or not Prescott’s actions were “just a small and subtle action to take into consideration.” I’m not sure if the writer was trying to be sarcastic or not, but Prescott’s actions were small and subtle and that’s all that’s needed to make a lasting difference. Both good and bad habits are developed over time from small subtle actions. Perhaps it’s time we all pay a little more attention to the small subtle actions we engage in on a daily basis. After all, it’s the little things that we do daily that create the big things that we’ve always dreamed about. Doing the right thing today will put you in the right place tomorrow. Therefore, “It’s always the right time to do the right thing.”