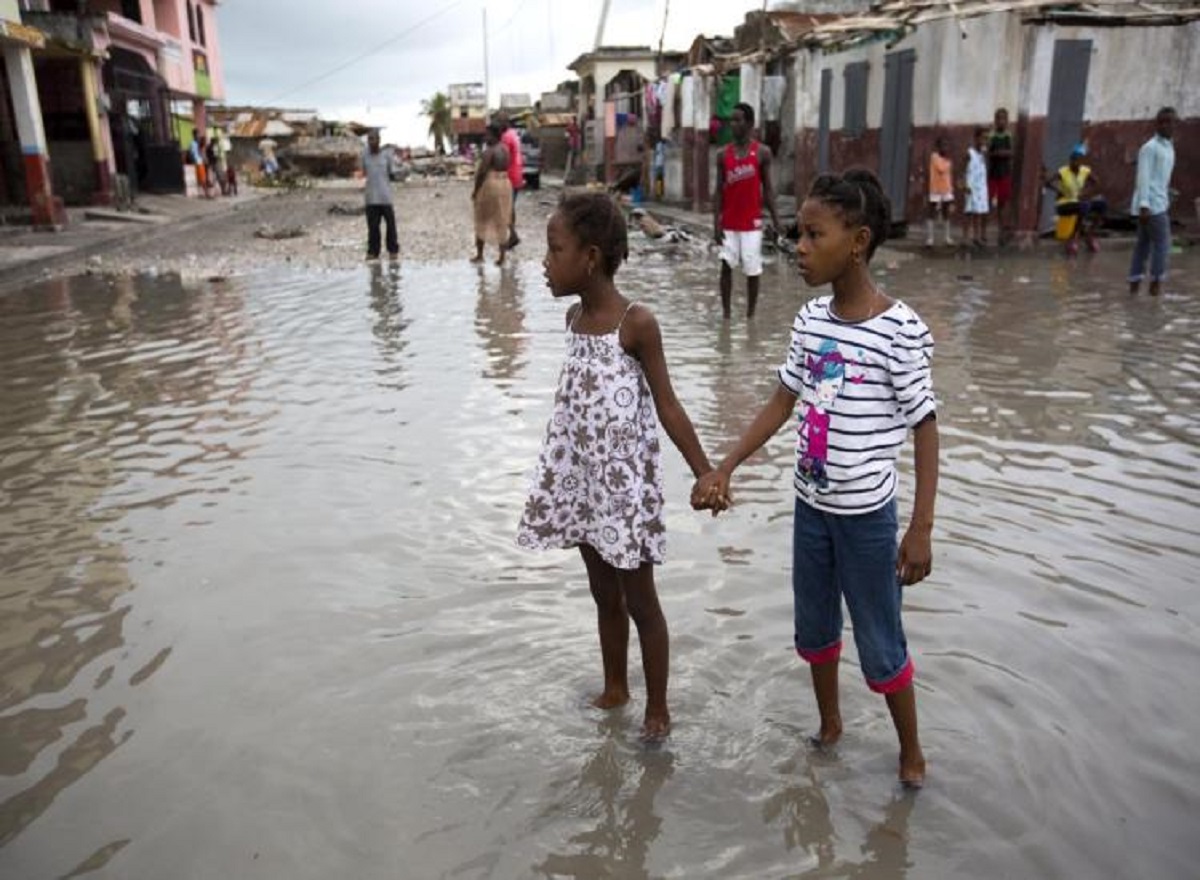 By now everyone knows about the terrible storm that has been spreading misery from the Caribbean to the Carolinas. Hurricane Matthew has caused great damage over the last week and even as it heads out to sea, the storm is still causing tremendous problems for the southeastern United States. Much of the destruction however has been in Haiti. It is estimated that Hurricane Matthew has killed at least 600 people since its 145mph winds, torrential rains and floods invaded Haiti. The National Hurricane Center has stated that Matthew is no longer considered a hurricane, but it is still dangerous. This is not the first time our World has experienced natural disasters and it’s also not the first time we have come together to help each other.

There are numerous NFL players who have stepped up to help those affected by Hurricane Matthew. Players have given their time, money and great deal of other things to help alleviate some of the pain. Washington Redskins receiver Pierre Garcon and Baltimore Ravens Linebacker Elvis Dumervil are first- generation Haitian-Americans who have been giving back to Haiti well before Hurricane Matthew and have continued to do so. Dumervil leads 58 Homes For Haiti that help shelter more than 1,000 people. The number of new homes matches his jersey number (58). He’s not just building any type of homes; he’s building concrete homes. Most homes in Haiti are not built to withstand hurricanes and earthquakes, but concrete homes are. Garcon and Dumervil’s giving often times goes unseen, but like the 145mph winds of Hurricane Matthew it can change an entire nation.

While it’s great to see athletes giving during tragedy, it’s important that we teach our young athletes’ the importance of giving at a young age and when there’s not a nationally recognized tragedy. Giving is a habit that can be taught and encouraged. I don’t know Garcon or Dumervil personally but I’m convinced that they didn’t start giving back to their family, friends and community when they became NFL stars. I’m sure that the power of giving was taught to them at a young age and it was nurtured throughout their lives. It is imperative that we teach our young athletes how to give and the importance of giving. I must stress that giving does not have to come in the form of money or material things. We can give our time, knowledge and a multitude of other things.

It was the unseen winds of Hurricane Matthew that brought pain and misery to the Caribbean and Carolinas. However, we must recognize and highlight the power of unseen giving. While 145mph winds can destroy, genuine giving can give life. Give in silence and don’t let your left hand know what your right hand does. Remember, it is better to give than to receive. It is in giving that we can rebuild a nation and come closer to each other. Football is just a game and it is a game that I love very much. However, by giving these athletes’ have become bigger than the game.

Take time at your next sports practice and talk about the importance of giving to others and challenge your athletes to take time out of the week to give to someone in need. It can be something as simple as carrying someone’s groceries for them or cutting their grass to save them time and energy. There is a multitude of ways to show you care, but there is only one way to change lives; by taking action.

Please take time this week to give to Haiti and everyone else affected by Hurricane Matthew.