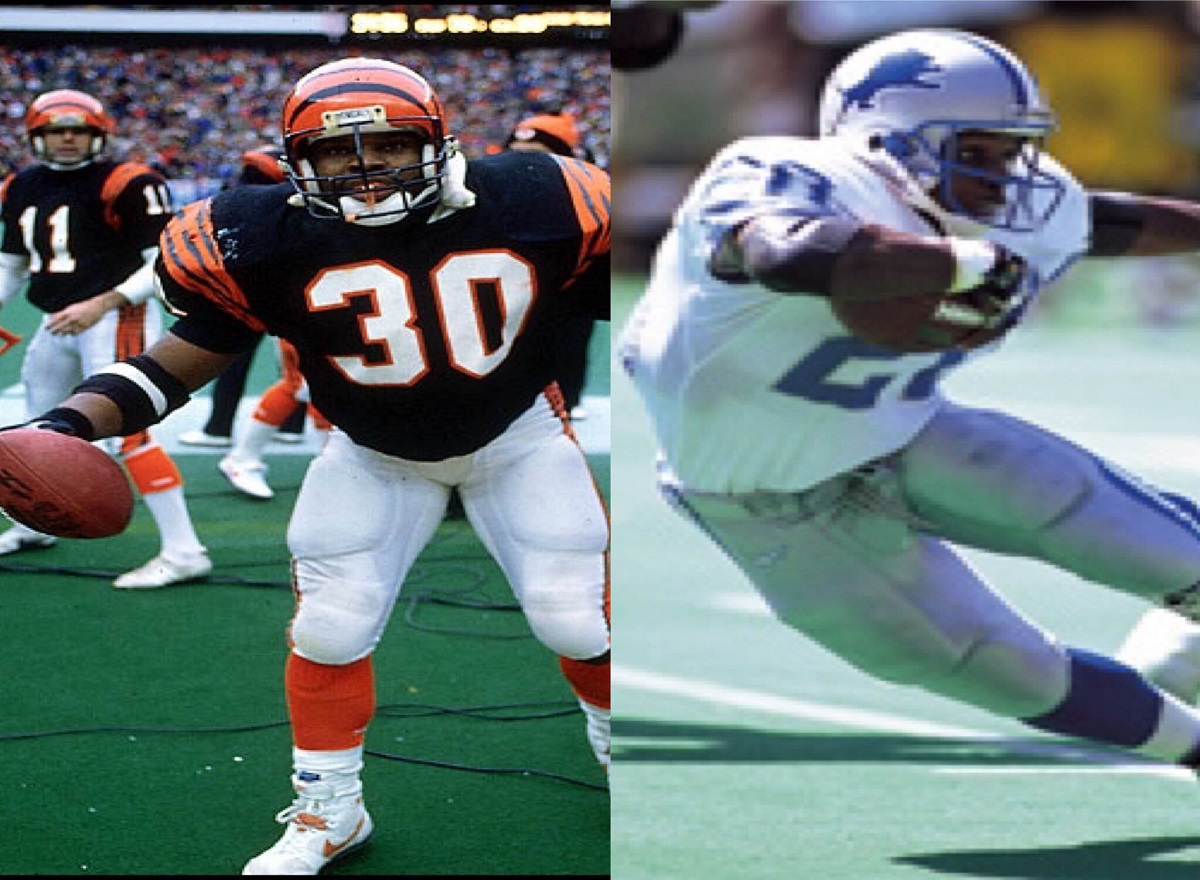 I lived in Cincinnati, OH when I first started playing football at the age of 6. Ohio is a football state and we love our football. We played and watched football every chance we got. The Cincinnati Bengals were the home town team and we rooted for them like our lives depended on it. Ickey Woods was the star running back for the Bengals from 1988-1991. Injuries cut his career short, but he is still one of the most remembered running backs of all time. He is best remembered for his “Ickey Shuffle” end zone dance. After Woods would score a touchdown he would do a personalized dance in the end zone that he called the “Ickey Shuffle.” The “Ickey Shuffle” was one of the first end zone celebrations by athletes. The “Ickey Shuffle” caused the NFL to create a rule designating it (and similar celebrations) as “Excessive Celebration” and subject to penalty against the player’s team. The NFL considered banning the dance, but after further investigation, it was not banned. Woods only played in the NFL for 4yrs and yet is one of the most recognized names in pro football. It’s been over 20yrs since Woods has played and yet he’s still doing T.V. commercials because of his popularity. Is his continued popularity due to his athletic ability or his showmanship?

Even though my father was raised in OH for most of his life, he loved Detroit Lions Running Back Barry Sanders. My dad especially loved how Sanders would score a touchdown and immediately give the ball to the referee without any celebration whatsoever. He would tell me that I needed to have the same humility as Sanders and carry myself in such a way as to never show arrogance. Barry Sanders is arguably the best running back of all time and he is widely popular because of that. However, he never did much advertisement and many believe it was due to his modesty.

I have long agreed with my dad as it relates to not being and not raising arrogant athletes’. However, I’ve also come to understand that sports are entertainment and people watch to be entertained. People like to be entertained by great athletic prowess, but they also enjoy watching athletes’ put on a show. With the growth of social media and the continued media frenzy it has become even more important for athletes’ to realize that they are a personal brand and they must market themselves that way. An athlete can face a career ending injury in sports on any given day and all they’ll have left is their personal brand. Don’t get me wrong; athletes should be able to fall back on their education and seek employment like the rest of us. However, the fact of the matter is that many athletes never paid attention or put forth much effort in school.

Therefore, I’ve come to the realization that some athletes aren’t necessarily showboating, but their promoting their personal brand. They understand that they can only play sports for so long, but the media will allow their legacy to live on forever. Michael Jordan may be an anomaly, but he and many other athletes have had longer more prosperous careers more so due to their personal brands than due to their playing careers.

Where does this leave our young athletes? Are young athletes are not trying to promote themselves at the little league or middle school level. They are however starting to showboat more and more. Perhaps their showboating is a learned behavior from watching the professional athletes does it on a weekly basis. How do we explain the difference between promoting oneself versus showboating? Is there a difference?