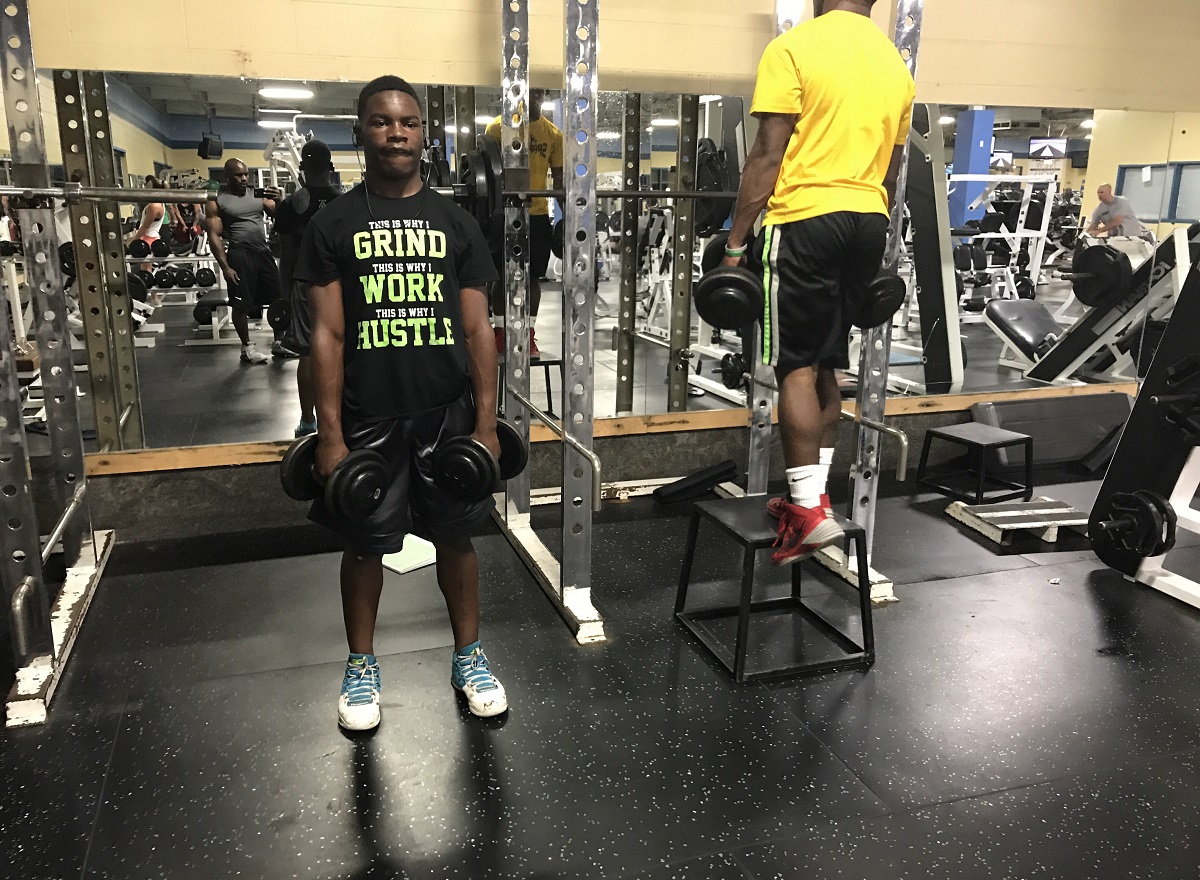 I can still remember my first year of college football. It was a very exciting time and yet also very uncomfortable. I was excited because playing college football brought me a step closer to realizing my dream of playing in the NFL. However, I was uncomfortable because I didn’t realize the level of physical strain college football would put on my body. I was sore almost every single day. There were days when I had no idea how I was going to practice, but I somehow found a way to get through it. The only thing worse than the physical training, was training early in the morning. I was never the type of child who slept all day when I was in High School, but I also wasn’t use to getting up and working out at 4am or 5am in the morning. It took me quite a while to adjust to it, but eventually working out early in the morning became a habit.

I’ve had my 17yr old cousin with me for the last two weeks as I’m helping prepare him for college football. He’ll be going to Tiffin University in August to play safety. My 14yr old son will be starting High School football this August and they both wanted me to prepare them for their next level of competition. I decided to train them both at 5am in the morning during the week. I knew that there was a good chance that my 17yr old cousin would have practice early in the morning when he arrived at Tiffin University. My son however probably won’t have too many 5am workouts in High School. I still decided to have my son train early in the morning because I’ve come to the realization that it’s better to develop a good habit early.

The first week that I woke them up was a little difficult. I had to wake them up a couple of times before they actually got out of bed and started to get dressed. Then we would arrive at the gym and they literally looked like zombies walking around the gym. Don’t get me wrong, they did work hard, but it took them a while to get going. Today marked the start of the second full week and they got out of the bed a lot quicker and they had a lot more energy in their workouts. I asked them how they felt when we arrived home and they told me that it feels like it’s getting easier.

I’m not saying that it will always get easier, but it’s better to prepare your athlete for what might come than for them to be surprised and unprepared. My 14yr old son told me a long time ago that he wants to play Division 1 sports. After he told me that, I looked him in the eyes and asked him if he was sure. He said, “Yes Dad.” I then told him that from that point forward I would train him like a Division 1 athlete. You have to develop elite habits before you can become an elite performer.