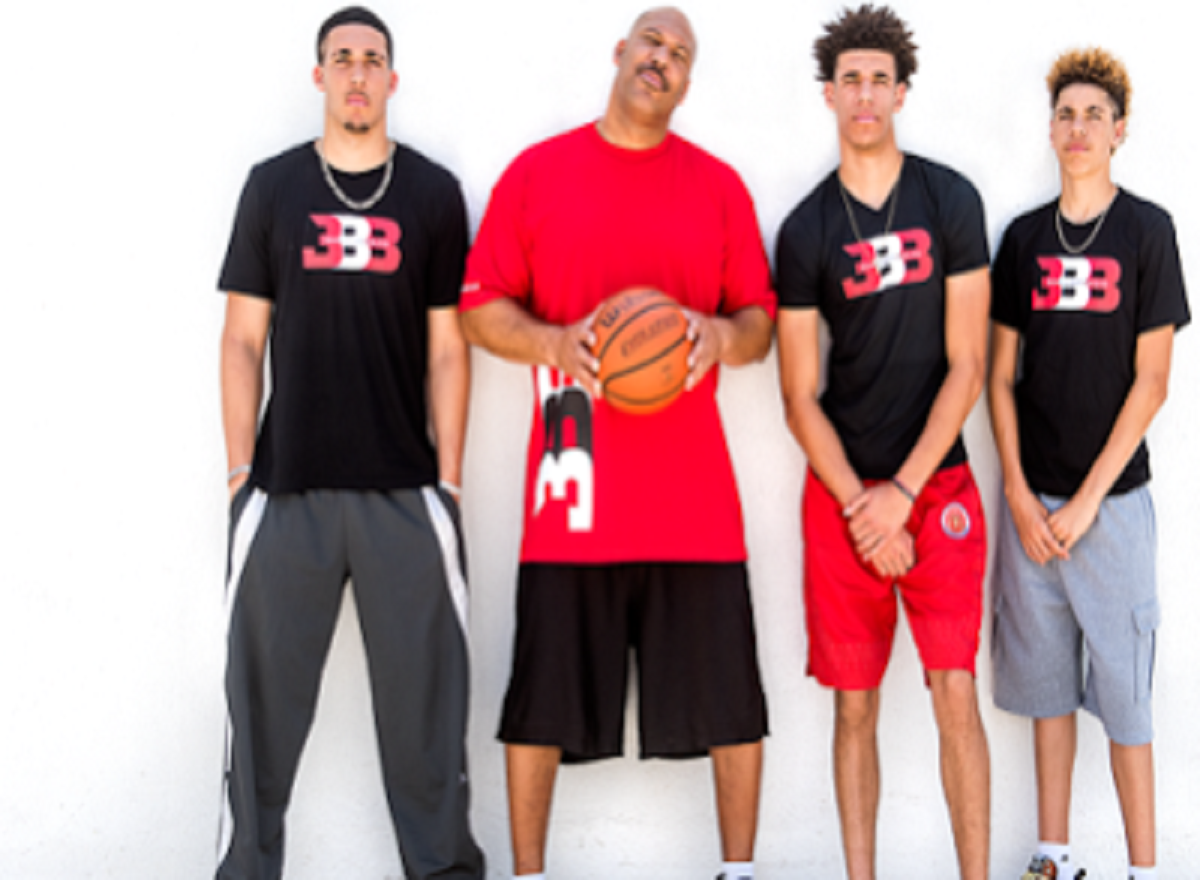 I have like many of you been overwhelmed with the LaVar Ball craze that’s sweeping around our sports world. If I’m being honest, I at one time stated that I would never say anything about LaVar Ball because I think he’s received enough attention already. For those of you that don’t know, LaVar Ball is the father of former UCLA Basketball player Lonzo Ball and Chino Hills High School basketball players LiAngelo and LaMelo Ball. Many scouts believe that Lonzo Ball is a top 5 pick in the upcoming NBA Draft. The younger two sons have also made a name for themselves at their high school. LaVar Ball is also the owner of Big Baller Brand and he has earned widespread media attention due to his sons’ rise in popularity and his controversial claims about his sons’ athletic abilities.

I was watching an interview on LaVar Ball and I heard him say that he planned for his sons to be NBA Basketball players form the start. LaVar Ball went as far as to say that he married his wife because she was tall and he thought they would make good basketball players together. He started training his three boys to play basketball when his youngest turned four years of age. They were taught a variety of basketball skills and later played for LaVar Ball’s AAU Basketball team. There’s no doubt that LaVar Ball has groomed his children to be NBA Players from the very beginning.

I like basketball, but football is and has always been my love. I however didn’t marry my wife based upon our perceived ability to raise NFL Players. I married my wife because she’s my best friend and I fell in love with her. I, like LaVar Ball did however begin training my children at a very young age. I can’t say I totally focused on a single sport, but I did focus on making them faster and more agile. While we did focus on speed and agility, football has always been their main sport. I started training my oldest son when he was five years old and he has been fortunate enough to always be one of the best athletes’ in all the sports he plays. My two youngest have excelled as well. I do believe that some of their success is due to their natural athletic ability. Their hard work over the years however can’t be overlooked. They are able to perform at a higher level than most, because they’ve trained longer and harder than most.

It is without a doubt a great feeling to see your children perform at a higher level than most, but it can also be a dangerous feeling. There’s a fine line between pushing your children to be successful and pushing them too far. Some children will never reach their full potential if they’re not pushed by their parents’ and coaches. Pushing children too hard however can cause burnout and the child may quit the sport altogether. Parents have to be careful not to go over the top trying to get their children to the top. You must find a balance between pushing your child and allowing your child to find his or her own way. Our children will not be under our supervision for ever and at some point in time they’re going to have to learn how to push themselves. Remember, great leaders create leaders, not lifetime followers.