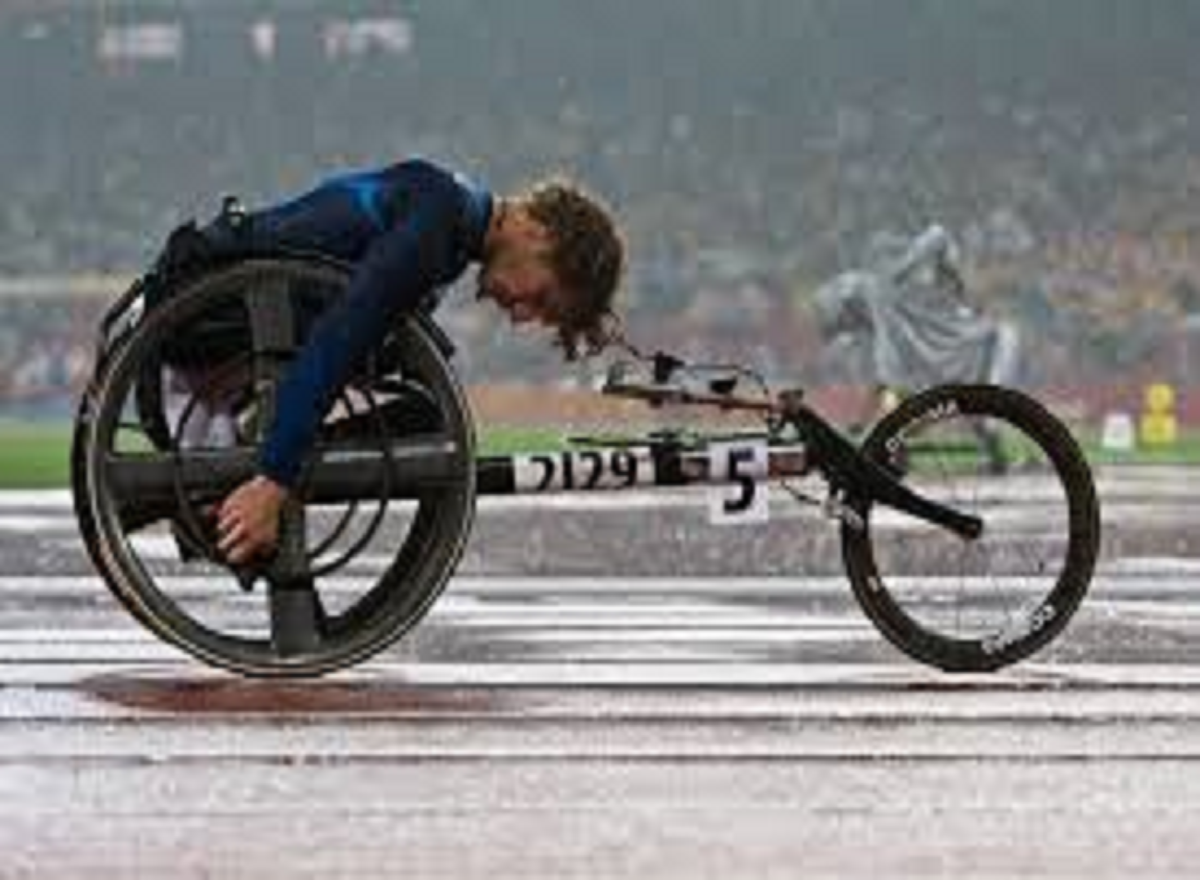 We all run into obstacles throughout various times in our lives. It’s not the obstacle that stops people, but their response. Your power to decide your attitude is the greatest power you have and it’s important that you use it wisely. The obstacle can either empower you or discourage you.

Wheelchair racer Josh George used his biggest obstacle to empower himself. When George was 4 years old he fell out of a 12-story window, punctured his lungs and was paralyzed from his mid-chest down. George fell 120 feet and his body absorbed the fall when he landed on his feet. From that moment on, George needed a wheelchair to get around.

Despite needing a wheelchair to get from place to place, he played basketball, tennis, swimming and a variety of other sports throughout his childhood. His body might have absorbed the fall, but his character absorbed the setback. George credits his parents with helping him stay encouraged and teaching him to continue living life to its fullest. His parents taught him not to settle and to always set a high standard for himself. George used his high standard thinking to help him play wheelchair basketball at the University of Illinois. He entered 2016 preparing for the Rio Olympics as a five time Paralympics medalist.

George says that sports have helped him learn better ways to problem solve and find opportunities to maximize his full potential. He has used the lessons learned in sports to help him be successful in his personal life. George doesn’t see obstacles the same way most people do. Obstacles are opportunities to shed light on the power of possibility. People don’t truly understand the power of possibility until they witness someone overcome something that most thought was impossible to overcome.

There is so much we can learn from George’s story, but I’m only going to highlight three. When George was faced with an obstacle at the young age of 4yrs old, he absorbed it. His body absorbed the fall, but it was his character that absorbed the circumstance. You are going to face many problems throughout your life and it’s important that you learn to take control of the circumstance and not allow the circumstance to control you.

George was only 4yrs old when he fell and there’s no way he learned to take control of the situation by himself. It was his parents’ that encouraged him and taught him to take control of the circumstance. They never looked at George as less of a person or treated him like he couldn’t do everything that everyone else could. His parents knew that the way you treat someone can be more debilitating than the actual condition itself. They didn’t treat him like he was disabled. They treated him lack he was more than able.

George has used the more than able mindset to set standards for himself that most able bodied people don’t even think of. It’s important that we teach our young athletes’ to set high standards for themselves despite any limitation they may have. The standard you set for yourself should not be based on a particular circumstance. Your standard should always be that you are pressing towards the mark of a higher calling in everything that you do. Never settle for less than you best.