I Am The Greatest

Tyus Training Institute > Blogs > Building Character > I Am The Greatest 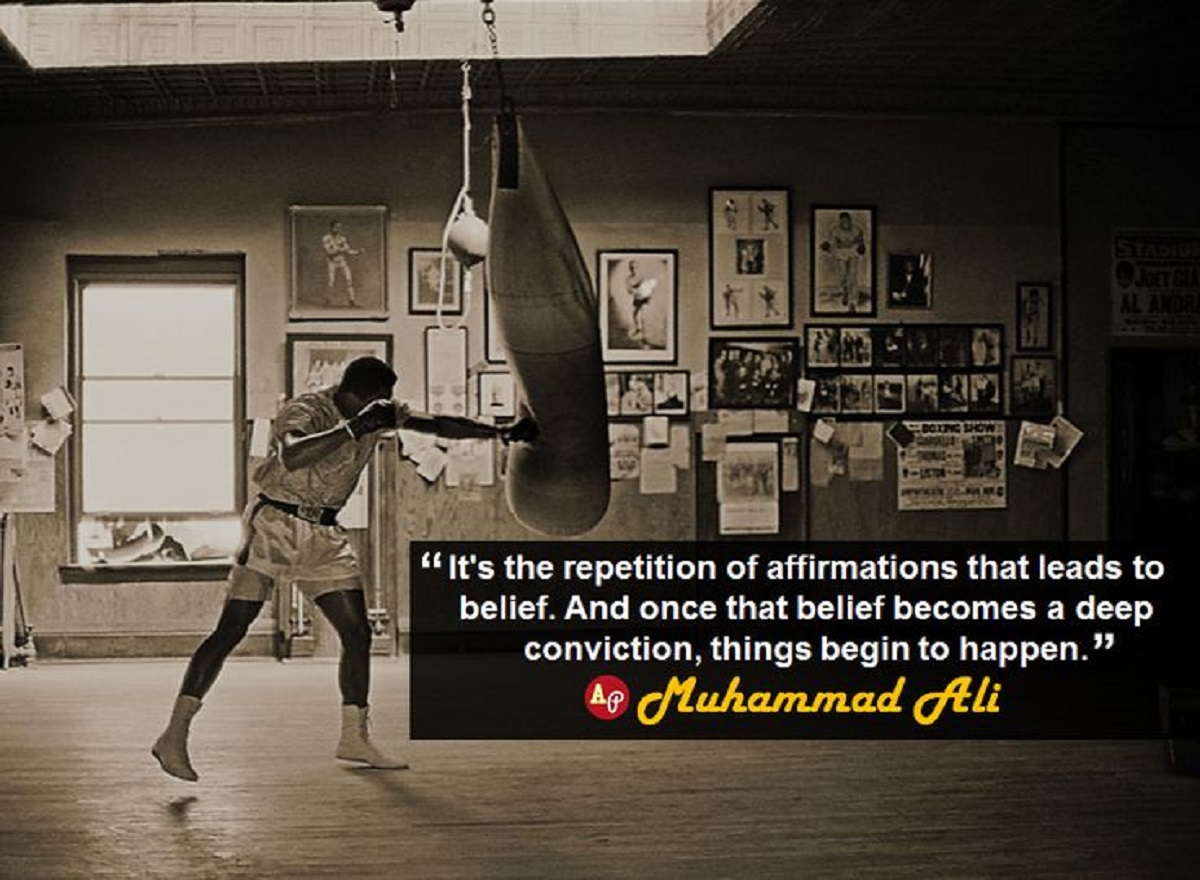 Now, let me be the first to say that I’ve never agreed with athletes’ showboating and bringing all the attention to themselves. However, I have always been a huge fan of Muhammad Ali. Ali had a way with words and a level of charisma that was so contagious that you couldn’t deny it. He had arguably the greatest boxing career of anyone that ever lived. Ali was also one of the most recognizable athletes’ besides Michael Jordan.

In this day in age arrogance and grandstanding is a social norm. Professional athletes’ are almost expected to showboat and “talk trash.” However, Ali was one of the first to do it and perhaps the best to do it. While Ali sung his own praise, there one some that loved him and there were some that hated him for it. Ali never let what others thought about him affect what he thought about himself.

The athletes’ today sing their own praise and showboat in front of the camera because they know that the more popular they get, the more endorsements they will get. Athletes’ know that their careers won’t last forever and so the key is to make as much money outside of your perspective sport as possible. While I don’t particularly like athletes’ showboating, I do understand their theory behind it as it relates to their financial security and their overall brand.

I believe however that Muhammad Ali sung his own praise and showboated for an entirely different reason. There were very few if any opportunities to build a brand through T.V. commercials or radio. Social media was nonexistent and going viral meant people were talking about you in their homes and in local bars. So, why exactly did Muhammad Ali sing his own praises so much? I think only he could tell you the real reason, but I have a theory as to perhaps one of the reasons. Ali believed in the power of affirmations.

Muhammad Ali was quoted as saying, “It’s the repetition of affirmations that leads to belief. And once that belief becomes a deep conviction, things begin to happen.” Of course Ali had great talent, but I believe that it was his ability to affirm himself that lead him to becoming the greatest boxer of all time. Now, let be clear in that you can affirm yourself without being boastful and arrogant. Ali on the other hand chose to do it his way. We can debate his methods, but we can’t debate his results.

Muhammad Ali is a prime example of an athlete who was intrinsically motivated. There’s nothing wrong with an athlete that is motivated by external factors, but athletes’ must develop a quality level of intrinsic motivation if they’re ever going to rise to a level of greatness. You can’t control the outside circumstances that occur in day-to-day life. You can however control your internal disposition. You can’t depend on other people or other things to help you obtain your goals. There will be times when all you have is yourself and you’ll have to encourage yourself.

Ali grew up in a time when there was very little encouragement for a young African American male to succeed at anything in life. Perhaps some people may think that he went to the extreme of affirming himself and others may think he needed to take extreme measures to counteract the extreme negativity. No matter your position, we can all agree that there is power in positive affirmations. Don’t wait for someone to affirm you; affirm yourself.