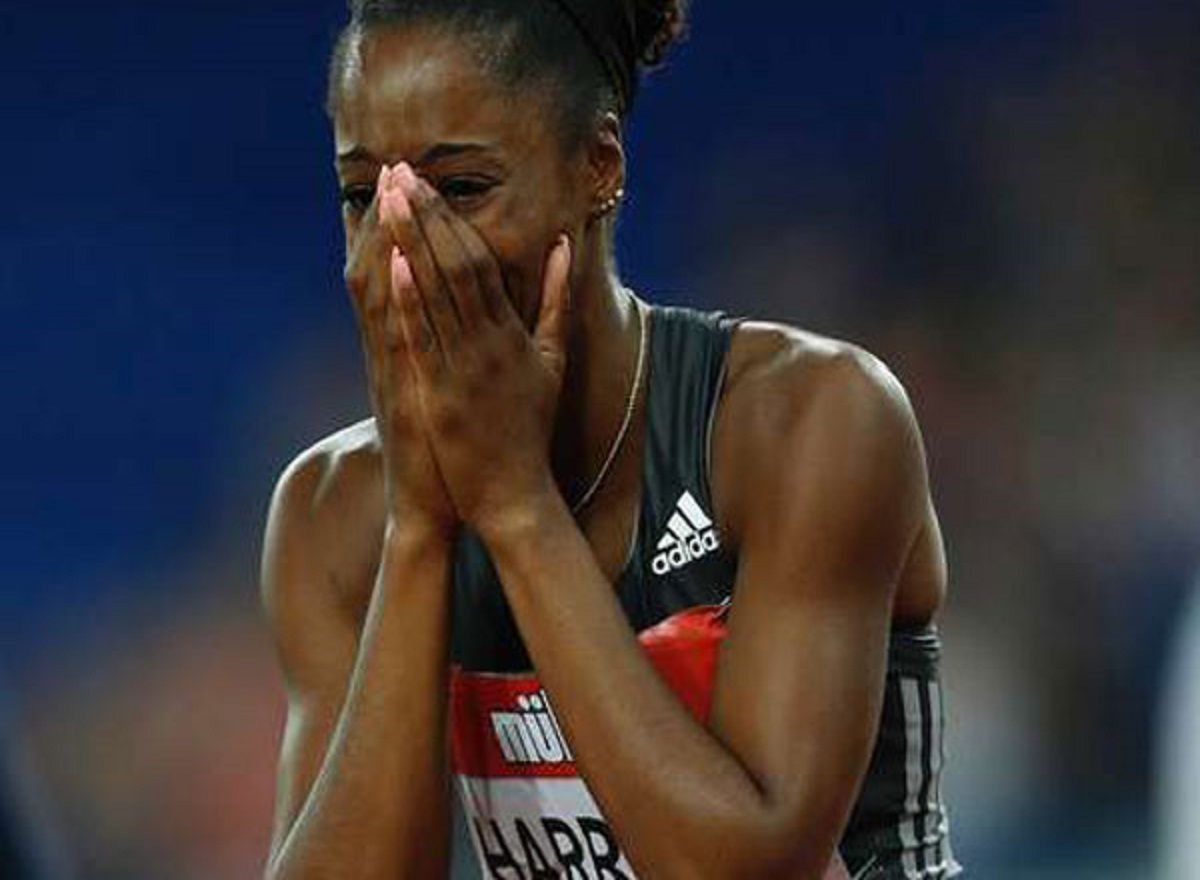 Without a doubt we’ve all had to perform under some level of pressure before. Some of us perform well under pressure and some of us don’t. I think I did pretty well under pressure when I competed in football, track and wrestling as a kid. However, I have to be honest and admit that I always struggled when faced with pressure in school. Usually it was because of a test or a pop quiz. I hated and I mean I hated taking test. No matter how much I studied, I almost always succumbed to the pressure of taking a test.

Kendra Harrison is a U.S. Track & Field Hurdler who has been having a great year and was widely regarded as the fastest woman in the world headed into the Olympic Trials. Harrison had all the reason to be confident headed into the Olympic Trials because no woman had run a faster time than her this year. Despite being the fastest female hurdler in the world, Harrison failed to make the Olympic Team having finished a disappointing sixth in the finals. She was heartbroken to say the least.

After failing to qualify for the Olympics, Harrison began to try and figure out what went wrong. Harrison concluded, “It was just mentally, the pressure got to me.” She went on to say, “To make myself feel better, I told myself to just make the team instead of the same mindset I’ve had all year, which is to dominate.” Wow, what a difference a mindset makes. Here you have the fastest female hurdler in the world who failed to qualify for the Olympics mostly because she had the wrong mindset. Most athletes’ think it’s all about the physical attributes when in actuality your mindset is the most important attribute.

Harrison said that she wanted to quit after failing to qualify for the Olympics, but she “knew (competing) was the only way I would feel better.” Harrison told herself, “Go back to training and go after the world record.” She could have laid down and threw herself a pity party, but she chose to get back up and compete. It’s imperative that we teach our young athletes’ that there will be days when they don’t do their best, but that doesn’t mean it has to be over. Character isn’t what you do when it’s easy, but what you do when it’s difficult.

After the Olympic Trials, Harrison began to train with the mindset to dominate. Harrison said, “My practices after the trials were great, so going into the race, I had so much vengeance and so many emotions inside me.” Harrison went on to set a 100m hurdles world record at the London Diamond League meeting less than a month after she failed to qualify for the Olympics. Wow, a person’s mindset can actually be the difference between not only winning and losing, but between losing and being the fastest ever. Harrison ran 12.20sec in the 100m hurdles breaking the previous record of 12.21 set in 1988.

We spend so much time making our young athletes’ bigger, faster and stronger, but we miss too many opportunities to develop their mental fortitude. Harrison admitted that she succumbed to the pressure which caused her to change her mindset headed into one of the biggest races of her life. Perhaps we should place more focus on developing an athletes’ mindset than their athletic skillset.