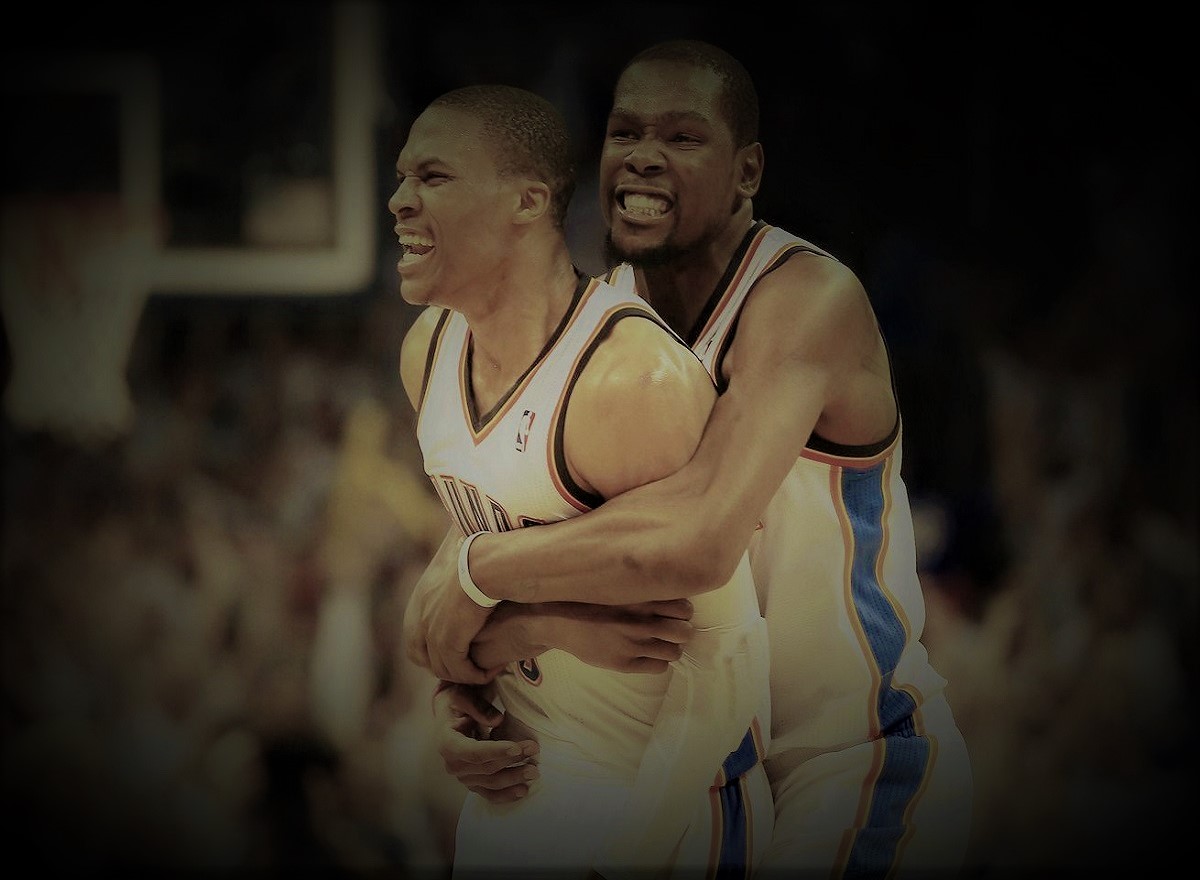 “There’s times we cuss each other out, but that’s part of being brothers, because I know if I need something, he’ll be there, and if I need to talk to someone outside of basketball, he’ll be there. It’s a real brotherhood type of relationship. We’re like family.”

Those are the words that Kevin Durant spoke about Russell Westbrook just two years ago. A lot has changed however in the last two years. Durant and Westbrook are no longer teammates because Durant chose to leave the Oklahoma City Thunder in free agency. Durant didn’t just leave the Thunder; he left the Thunder for their arch rival Golden State Warriors. There were a lot of fans upset, especially Thunder fans. There was no one perhaps more upset than Russell Westbrook. Westbrook hasn’t said much about Durant leaving since it happened, but there has been much speculation as to why Westbrook is so upset.

Many people believe that there are two main reasons for Westbrook being angry. The first theory is that Westbrook is angry because he and Durant had a meeting prior to Durant deciding to leave and Westbrook asked how he could change and get better. Durant left despite Westbrook asking what he needed to do to get Durant to stay. One would think that it would have been easier to convince a “so called” brother to stay with the team he once said he wouldn’t leave.

The second theory as to why Westbrook is so upset is that it’s an unspoken sports rule that you never leave your team to go play for your arch nemeses. Golden State wasn’t just their arch nemeses; they were the team that came back from a 3-1 deficit in the Western Conference Finals to defeat the Thunder. If there were any team in the Western Conference that truly challenged the Warriors, it was the Thunder. Durant changed that with one decision.

Durant’s decision seems to have totally destroyed any friendship, let alone brotherhood that he and Westbrook once had. It’s rumored that they haven’t spoken since the decision. There was much anticipation leading up to yesterday’s NBA All Star Game. Everyone wanted to see if and how Durant and Westbrook would interact with each other. Other than Durant throwing Westbrook an alley-oop, they avoided each other the entire weekend.

Who knows what the future holds between Durant and Westbrook. Many fans say that time heals all wounds. I however have not found that to be true. Time creates distance between the event and the pain caused by the event. Time in and of itself does not heal anything. Ultimately it’s communication that helps heal wounds and as the pain dissipates with time it becomes easier to communicate.