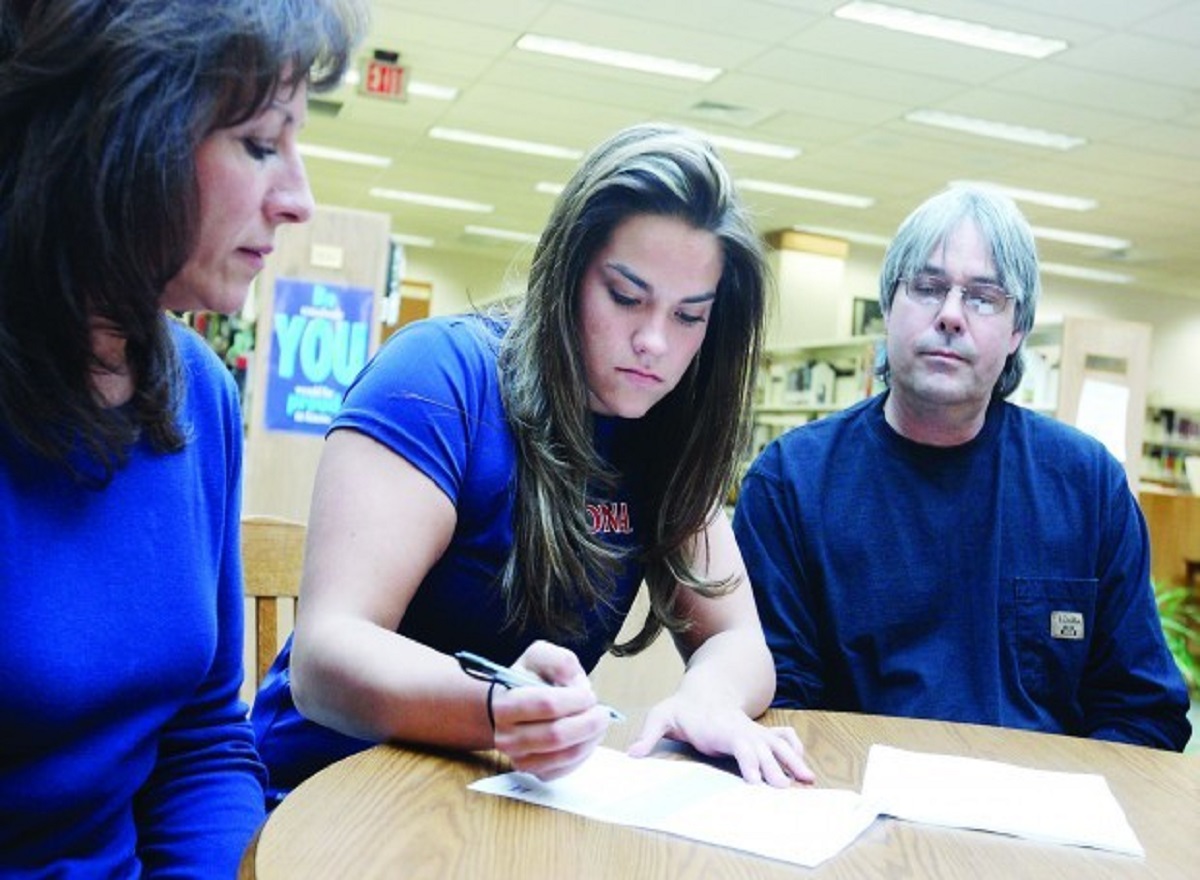 Sending a son or daughter to college is probably one of the most nerve wrecking experiences that a parent can have. Most parents’ have never been apart from their child for more than a few days or maybe a week. Sure, some kids go on camps while in middle school and/or high school, but they’re not gone for an extended period of time. Sending a child off to college is not only an extended period of time, but parents’ are sending their adult child who makes their own decisions.

Student athletes who are fortunate enough to earn scholarship offers have to decide on what school to pick based upon the academics, athletics and coaching staff. Athletes’ that get recruited receive thousands of letters from collegiate teams and the highly recruited athletes’ receive phone calls and sometimes home visits from college coaches. College coaches are much like salesmen in that they are trying to sale you on the benefit of your child coming to their school to earn an education and to play sports. Undoubtedly, many parents’ have heard college recruiters say, “I’ll treat her like she’s my daughter.” That’s music to any parents’ ears; of course that’s assuming the coach treats his daughter well. I’m sure there’s been countless times when parents have heard a coach tell them that they will treat their child like he or she is their own child. The problem arises however when the coaches words are not genuine.

I was reading a story about a collegiate track athlete named Baillie Gibson and how she was in fear of her coach. Gibson was recruited to compete in field events at her school and her coach said all the right things to her and her parents’ when he recruited her. He said, “I’ll treat her like she’s my daughter.” Not long after Baillie arrived at school, she was treated very differently than her coach had described. For almost three years Baillie was engaged in a sexual relationship with her coach and when she tried to end it she was threatened with blackmail, violence. She states that she was forced into having a sexual relationship with her coach and then was in fear of ending it.

No athlete or person should ever be subjected to doing something against their will. Athletes’ are trained to trust their coaches and to do exactly what they’re told to do. There’s a great deal of mental power that coaches have over athletes and it’s important that parents try to teach their young athletes the warning signs of a coach’s behavior that’s starting to cross the line. Yes, it’s important for coaches to build a good relationship with their athletes, but the relationship should be that of a mentor and perhaps a parent figure. College is the first time most of our children are totally on their own and have to make life altering decisions. Oftentimes, their coaches become the people they put their trust in. Our athletes’ put their faith in the person that we have approved of as a coach. They should never have to fear their coach. Coaches should be in an athlete’s life to develop them and not destroy them.