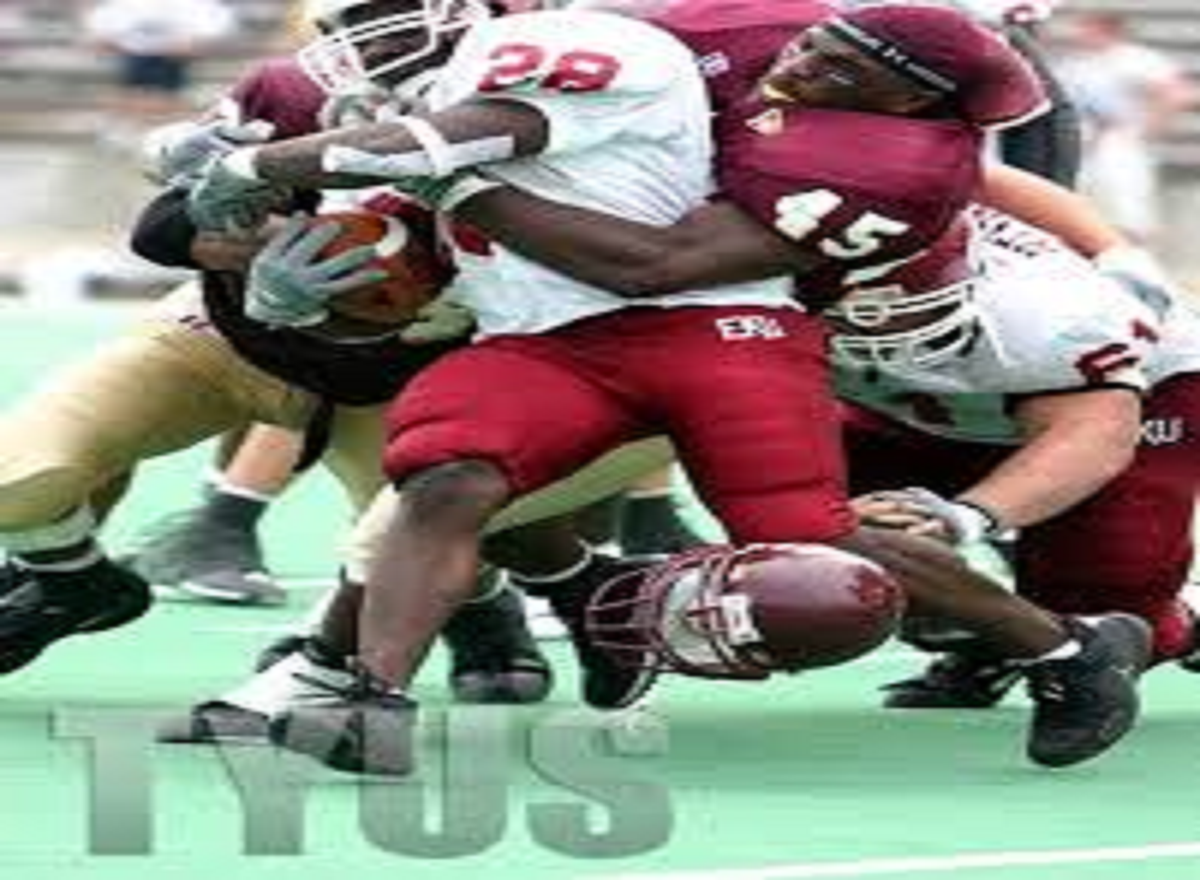 Almost all of us can remember a time in our lives when we worked really hard to get to reach a goal professionally or perhaps physically and felt great when we accomplished it. Reaching goals are some of the best feelings in the world. When the goals are big, the journey is typically harder and longer. It takes great determination and patience to achieve goals that take longer than expected. The end result of achieving the goals however usually feels better than expected.

When I was just 5yrs old I decided that I wanted to play in the NFL. I know there are millions of kids that say that, but I actually studied game film and did pushups and sit-ups religiously as if I was already in the NFL. I knew that there were some steps I had to take prior to the NFL and I was determined to do that. I succeeded in little league football and then I succeeded in high school football. The next step towards achieving my ultimate goal of playing in the NFL was to succeed in college football. I didn’t just want to play college football; I wanted to play Division 1 college football. I was recruited by numerous Division 1 football teams and I eventually decided to sign a letter of intent to play for Central Michigan University. I knew before I signed my letter of intent that I needed to be more than just another player on the team. I knew that I needed to be a starter if I ever expected to get a chance to play in the NFL. In the recruiting process, my soon to be coach told me that I would get every opportunity as a freshman to prove that I was ready to play and possibly start. I traveled to almost every away game as a freshman and dressed just in case they needed me to play, but I never did. Halfway through my sophomore year at Central Michigan however, I got my opportunity and from that day forward I was a starter.

My Senior year of college, the unexpected happened. My head coach abruptly quit and my teammates and I were faced with the challenge of impressing a new coach. I still ended up starting at linebacker for the third year in a row, but halfway through the season my coach decided to have me split time with a redshirt freshman so that he could get playing time. I couldn’t believe it. I had earned a starting position as a sophomore and now I’m splitting time with a redshirt sophomore. I felt as if I was promoted at the beginning of my career and now I was being demoted at the end of my career.

It took some time for me to get over my emotions and accept the fact that I had no choice but to share time with the young linebacker who was being groomed to take my place. I eventually realized that I had actually been promoted and not demoted. I may have been demoted in terms of my playing time, but I was promoted in terms of being given an opportunity to teach someone everything I knew so that they could step in after I left and be the leader for the defense. I also learned how to appreciate the game of football in an entirely new way. If you’re not careful, success can go to your head and you’ll stop working as hard as you did before you were successful. Somewhere along the way of becoming successful, I lost the work ethic that got me to the Division 1 level. My hunger wasn’t the same because I thought that I had already made it and the NFL was just the next stop on the train to success.