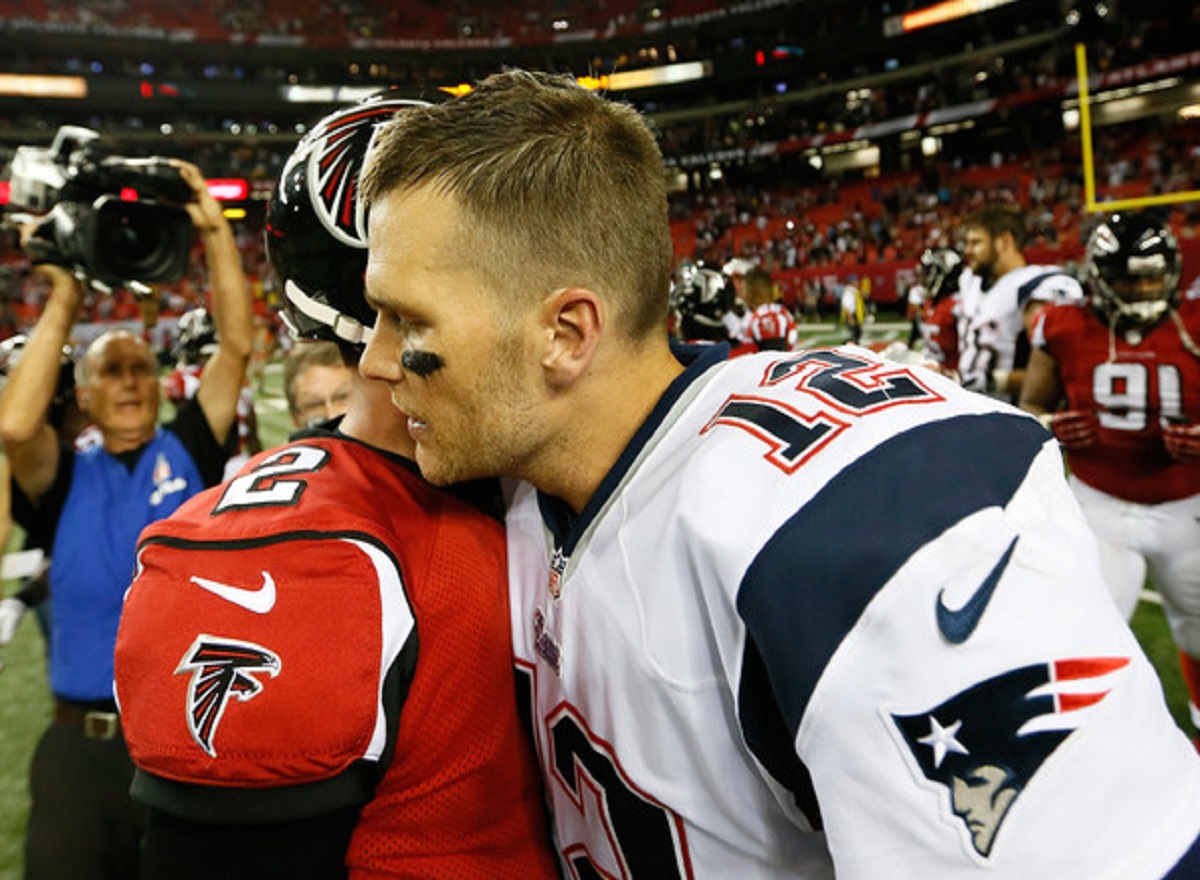 I haven’t watched the Atlanta Falcons play any games this year, but I’ve heard about how great their offense is. Last night during the Super Bowl was my first opportunity to see what the Falcons are capable of and I was very impressed. It wasn’t necessarily the score that I was impressed with, but the confidence they showed from the opening whistle. Everything I’ve heard leading up to the Super Bowl has been about the Patriots Coach Bill Belichick and quarterback Tom Brady. Last night’s Super Bowl was Belichick and Brady’s 7th Super Bowl together which is the most for any head coach and starting quarterback. Most people expected the Patriots to win and even those who didn’t were afraid to pick against the Patriots. The Falcons on the other hand played like they either didn’t know the statistics or didn’t care. The Super Bowl in and of itself creates a high level of stress, but the Falcons played it cool all night.

The Falcons were led all season by their MVP quarterback Matt Ryan who is affectionately called “Matty Ice”. There is much debate on where Ryan’s nicknamed originated from, but everyone agrees that Ryan is always cool under pressure. The Falcons haven’t faced much adversity in terms of losses this year, but they have faced plenty of adversity during games. Last night’s game was no different. The Falcons jumped out to a 21-3 lead in the first half and then the Patriots came roaring back in the second half to bring the score to 28-20 with 6min to go in the 4th quarter. It appeared as though the Patriots had gained the momentum and were about to assert their prowess. The Falcons however remained calm as the Patriots applied the pressure. “Matty Ice” kept his team focused on the task at hand and drove them down the field. They got within field goal range, but were forced out of field goal range due to sacks. The Falcons punted the ball back to Tom Brady and the Patriots with under 4min to go in the game. Tom Brady did what he does best as he drove his team down the field. The Patriots scored to tie the game and ultimately send the game into overtime. Tom Brady received the ball first in overtime and went on to score the first touchdown and win the game.

Last night’s Super Bowl was the first that went into overtime and Tom Brady stayed calm as he led his team to an overtime victory. There is so much that our youth can learn from these two quarterbacks. Both quarterbacks showed poise and confidence throughout the entire game. When times got tough, they did what needed to be done to keep fighting.

Tom Brady celebrated with humility and Matt Ryan showed maturity in not exploding or having a temper tantrum on the field. I’ve seen so many athletes who show arrogance after they win and so many other athletes throw temper tantrums when they lose. This Super Bowl was perhaps the greatest Super Bowl we’ve seen in a very long time. It wasn’t just great because of the competition, but because of the character that both quarterbacks showed throughout the entire game. Sometimes things go your way and sometimes they don’t. The most important thing is that you know how to handle yourself despite the final outcome. You must remain cool, calm and collect.