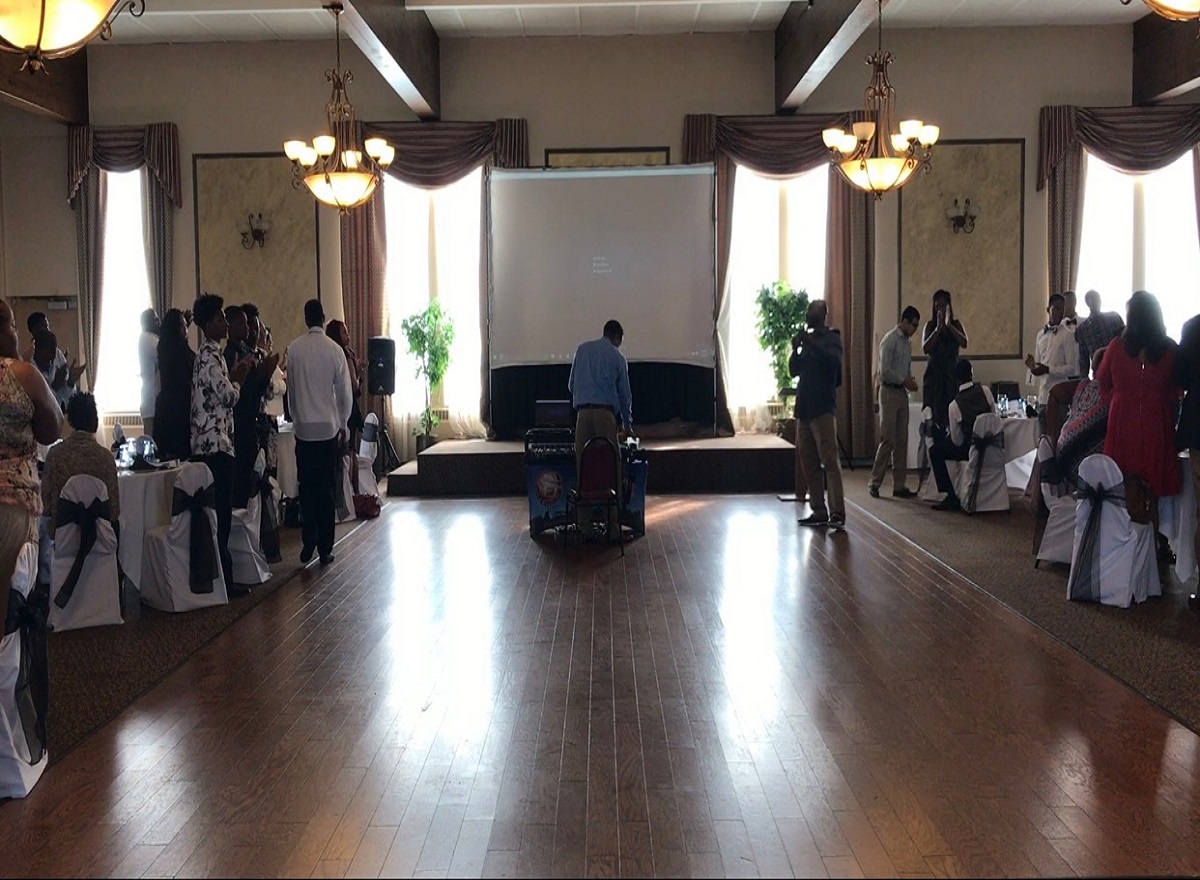 This past weekend I had the distinct opportunity to speak at the 1st Annual “Caught Up” Fundraiser. It was a well put together event that was attended by School Principals, Community Leaders, Church Leaders, family and friends. I was very impressed by the amount of support there was in the room. It was a very elegant atmosphere and the youth that attended were well dressed and respectable.

The “Caught Up” Program is a mentor program that focuses on reaching teenage boys in the Detroit, MI area who are caught up in the wrong type of situations. The program focuses on helping the young men get caught up morally, academically and intellectually. Toson Knight is the President of the program and he exposes the youth to new environments and a new way of thinking. He also uses his resources to expose the youth to peer to peer mentoring in addition to introducing them to a Christian lifestyle. I heard numerous testimonies from the parents of these youth whom indicated that their son’s life has changed dramatically since becoming part of the “Caught Up” Program. There were even a few youth who stated they never thought they would graduate from High School and now they’re going to college in the fall. It is important that we recognize that our youth are going to get “Caught Up” in something and it’s our responsibility to make sure they get “Caught Up” in the right things.

All of the youth in the audience were not athletes’ but many of them were. I couldn’t help but pause and think about how many times I’ve turned on Sports Center and heard a reporter talk about another athlete getting “caught up” with the wrong crowd and/or in the wrong situation. The media goes into frenzy and everyone starts asking, “What’s wrong with our athletes’’?” The problem is we wait until after they get into trouble to starting looking for positive things to get them involved in. We wait for something to go wrong to decide to focus on developing the athletes’ character. It’s time to be proactive and not reactive. That’s one thing that I love about the “Caught Up” Program. There were however young men there who had already been in trouble and the “Caught Up” Program helped them turn their life around.

I was very fortunate to have an award named after me and I had the special opportunity to present the “T.J. Tyus Turnaround Award” to two individuals that had a rough start, but were able to turn their life around with the help of the “Caught Up” Program. A person may be loss, but they are never a loss cause. Every day that we wake-up is an opportunity for us to get better and to help someone get better. It’s about time that we help are youth get “Caught Up” in the right things before they get “Caught Up” in the wrong things.